The Scottish Parliament has voted in favour of an outright ban on fracking. Scottish Labour presented an amendment in support of a full ban as part of an environmental debate […] 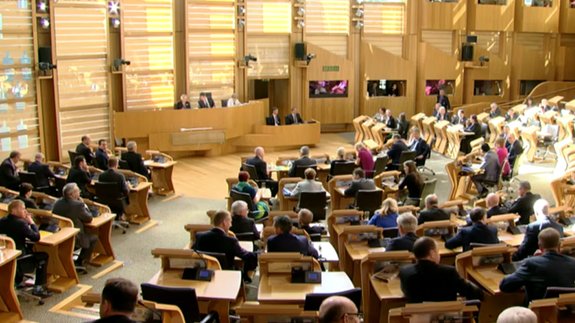 The Scottish Parliament has voted in favour of an outright ban on fracking.

Scottish Labour presented an amendment in support of a full ban as part of an environmental debate headed by new Cabinet Secretary Roseanna Cunningham.

The motion was passed by 32 votes to 29 whilst SNP MSPs abstained.

Labour MSP Claudia Beamish, who put forward the amendment, told parliament “fracking is just another fossil fuel and we don’t need it”.

She added: “The science is clear – to meet our climate change goals and protect our environment, we must say no to fracking. Labours are clear: no ifs, no buts, no fracking.”

UK Onshore Oil and Gas (UKOOG) said it is “disappointed” at the result of the votes.

Ken Cronin, Chief Executive at UKOOG, added: “The Scottish Government announced a process in January 2015 which included a research phase and then a public consultation phase. This is not due to finish until the summer of 2017. The process is meant to present the facts to the Scottish people and so we are disappointed today to see that some within the Scottish Parliament are trying to derail it.

“We are confident as an industry based on over 50 years of experience both onshore and offshore that hydraulic fracturing can be done safely and environmentally sensitively within the regulatory environment in Scotland.”

Last week, proposals to extract shale gas at a site in North Yorkshire were given the green light.