Former Energy Minster Andrea Leadsom has been appointed Secretary of State for Environment, Food and Rural Affairs (Defra). Ms Leadsom, who quit the race to become Prime Minister earlier this […] 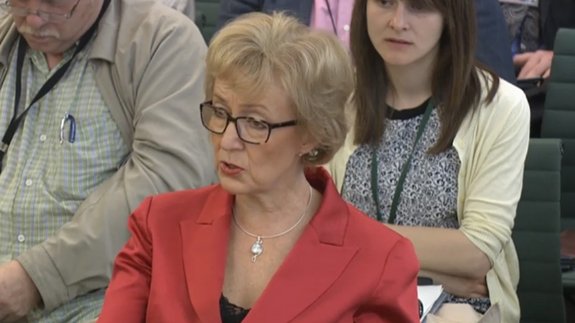 Ms Leadsom, who quit the race to become Prime Minister earlier this week, was given the new role following the appointment of new leader Theresa May and will replace Liz Truss who has been named new Justice Secretary.

Her new responsibilities at Defra include EU and international relations, emergencies and departmental administration.

Ms Leadsom was elected Conservative MP for South Northamptonshire in 2010. She worked on the Treasury Select Committee, on the Public Accounts Committee and as Economic Secretary to the Treasury before she became Energy Minister.

The new head of Defra said in her twitter account: “Delighted to be Secretary of State for Environment, Food and Rural Affairs at this historic time.”

Following Andrea Leadsom’s new appointment, John Sauven, Greenpeace Executive Director said: “Andrea Leadsom will be responsible for the safety of the food we eat, the water we drink and the air we breathe. Her advisors at the late department of energy and climate change were able to persuade her that climate change was a real threat. We hope that she’ll be an equally fast learner when her new advisors give her the talk about the necessity of protecting our birds and the bees.”

David Nussbaum, Chief Executive of WWF-UK said Andrea Leadsom has “now more than ever a huge and vital role to play in deciding the future of our country.”

He added: “Key to this ambition will be to develop a 25 year plan for the environment which was also a manifesto commitment, a generational commitment by our country that we will safeguard nature and wildlife, both at home or overseas. Andrea Leadsom should set out the Government’s ambition for world-leading environmental policy, maintaining but also improving on our existing framework of laws, whether national, European or international.”

Greg Clark has been appointed Secretary of State for Business, Energy and Industrial Strategy as DECC has been abolished and Former Energy Secretary Amber Rudd has been named new Home Secretary.