Mayor of London Sadiq Khan is offering funding worth £11 million to tackle air pollution in the capital. Eight of the most polluted boroughs will receive a share of the fund […] 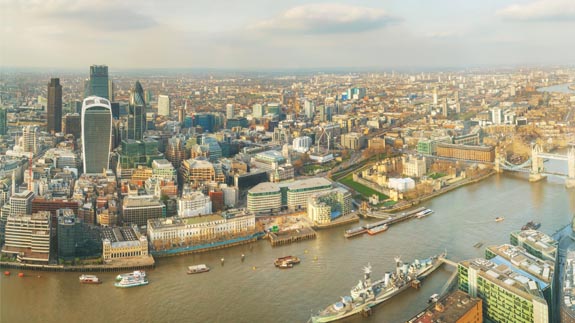 Mayor of London Sadiq Khan is offering funding worth £11 million to tackle air pollution in the capital.

Eight of the most polluted boroughs will receive a share of the fund to implement measures to fight toxic air quality and filthy emissions fumes.

In addition, five ‘Low Emission Neighbourhoods’ will be set up across the eight boroughs, with pollution-busting measures including strict new penalties for the dirtiest vehicles, car-free days, green taxi ranks for zero emission-capable cabs and parking reserved for the cleanest vehicles.

Those hotspots will be in the boroughs of Westminster, Hackney, Greenwich, City of London and Redbridge and Newham.

Mr Khan said: “Make no mistake: London is in the midst of an air quality crisis. Air pollution is permanently affecting children’s lung development and nearly 10,000 Londoners are dying early every year due to the long-term exposure of London’s dirty air. We need urgent and bold action and this includes targeted local initiatives to tackle some of the worst pollution hotspots in London.

“I’m also calling on government ministers to put in place incentives for people to switch to low emission vehicles as well as providing London with additional powers and funding to help tackle this public health crisis.”

Earlier this month the mayor proposed plans to charge £10 for the most polluting vehicles entering London.