Around 400 offshore oil and gas workers have gone on strike over plans to cut pay, allowances and jobs. The workers, employed by Wood Group, are spread across seven Shell […] 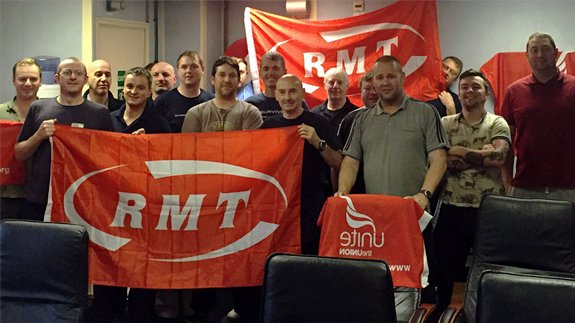 Around 400 offshore oil and gas workers have gone on strike over plans to cut pay, allowances and jobs.

The workers, employed by Wood Group, are spread across seven Shell platforms and are striking for 24 hours. They belong to the RMT and Unite unions.

It is the first industrial action of its kind in the offshore oil and gas industry in nearly 30 years.

In February, Wood Group announced it was cutting rates paid to about a third of its UK contractors, blaming the “continuing cost and efficiency challenges affecting the UK North Sea oil and gas sector”.

RMT General Secretary Mick Cash said: “After savage redundancies and attacks on workload and working conditions, this group of offshore workers are now told that they are going to be railroaded into accepting pay cuts of up to 30%.

“We are well aware that the company chief executive has had a pay increase of 28% to bring him up to £600,000. This brave group of workers are taking a stand against the greed and savagery that is a mark of corporate Britain in 2016.”

Wood Group said it is “extremely disappointed” by the decision to take strike action.

A Shell spokesman added: “This action is highly regrettable. Shell’s priority is to ensure the safety of our workforce and assets and we will not compromise on safety during this period of industrial action.

“While we recognise the right of Wood Group’s employees to strike, it is clear that in order for the North Sea oil and gas industry to remain competitive in the lower oil price environment, structural change is needed.”