The European offshore wind industry attracted €14 billion (£10.6bn) of investment in the first six months of this year. That accounted for seven projects with a total combined capacity of 3.7GW, according […] 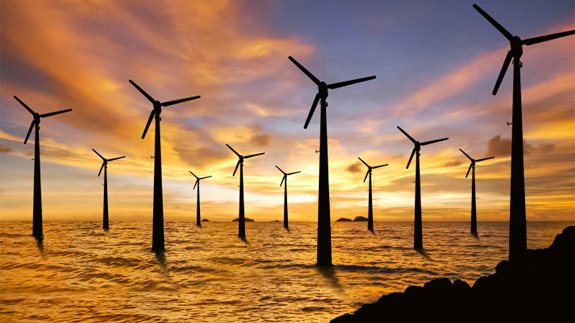 The European offshore wind industry attracted €14 billion (£10.6bn) of investment in the first six months of this year.

That accounted for seven projects with a total combined capacity of 3.7GW, according to a report by WindEurope.

The money comes from Germany, Denmark, Finland and the UK, which is the country that attracted the lion’s share, securing final investment decisions worth €10.3 billion (£8.5bn).

RenewableUK’s Deputy Chief Executive Maf Smith said: “Offshore wind has been a real success story for the UK and these latest figures are further evidence of this.

“We know there’s more to come as well – the UK will invest over £20 billion in wind energy in the next five years. Throughout the country offshore wind is creating jobs and revitalising coastal areas.”

However, the report adds new offshore wind capacity installations in Europe were down 78% during the first half of 2016. This is expected to pick up next year and towards 2020.

The continent connected 114 commercial offshore wind turbines with a total capacity of 511MW during the same period.

They were part of four wind farms, two in the Netherlands and two in Germany.

A total of 13 commercial wind farms were under construction in the first six months, which once completed will have a total capacity of more than 4.2GW.

There are currently more than 3,340 offshore wind turbines with a combined capacity of roughly 11.5GW in European waters that are connected to the grid. They are part of 82 wind farms across 11 countries.

Giles Dickson, CEO of WindEurope, said: “The record investment numbers show a clear industry commitment to offshore wind. We expect installations will pick up significantly in 2017 but there are a lot of challenges out there still on offshore wind. Not least the uncertainty over future volumes and regulation in many key markets for the period after 2020. We’re a long way from being able to say job done on offshore wind.”