US invests $9.8m in hydropower

Funding worth $9.8 million (£7.4m) has been announced for hydropower projects in the US. They aim to develop innovative technologies that will reduce capital costs and deployment timelines for pumped-storage […] 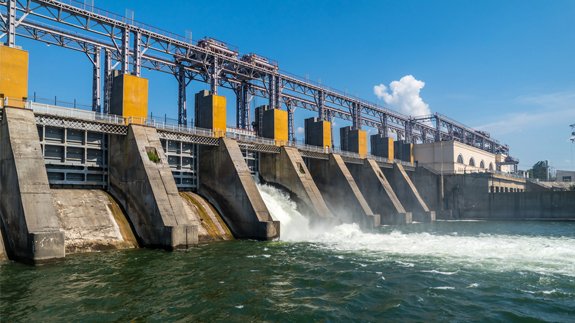 Funding worth $9.8 million (£7.4m) has been announced for hydropower projects in the US.

They aim to develop innovative technologies that will reduce capital costs and deployment timelines for pumped-storage hydropower and non-powered dams.

The Department of Energy estimates hydropower in the US could grow from 101GW to nearly 150GW of combined electricity generation and storage capacity by 2050.

Its ‘Hydropower Vision’ report, which highlights the health and environmental benefits, states the renewable source could save $209 billion (£157bn) from avoided damages from greenhouse gas emissions and $58 billion (£43.6bn) from avoided healthcare costs and economic damages by 2050.

It could also save 30 trillion gallons of water that would otherwise be used for steam generation or power plant cooling, it adds.

It also estimates hydropower and pumped storage could support more than 195,000 jobs.

Energy Secretary Ernest Moniz said: “Hydropower has provided clean, affordable and reliable electricity in the United States for more than a century and pumped-storage complements today’s rapidly growing variable technologies such as wind and solar. The Hydropower Vision report clearly shows an expanded role for hydropower and pumped storage in our clean energy future.”