Business and Energy Secretary Greg Clark has given the go ahead for Hornsea Project Two, the world’s largest offshore wind farm. On making his decision, he said: “The UK’s offshore wind industry […] 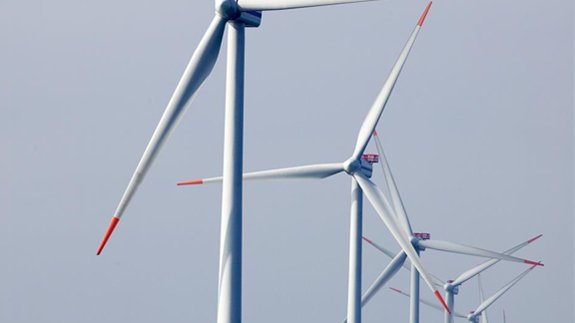 Business and Energy Secretary Greg Clark has given the go ahead for Hornsea Project Two, the world’s largest offshore wind farm.

On making his decision, he said: “The UK’s offshore wind industry has grown at an extraordinary rate over the last few years and is a fundamental part of our plans to build a clean, affordable, secure energy system.”

Located off the Yorkshire coast, the £6 billion wind farm of up to 300 wind turbines, will connect directly to the grid. Hornsea Project Two which will be built by DONG Energy, will deliver up to 1.8GW of renewable electricity, enough to power around 1.6 million homes.

Brent Cheshire, DONG Energy’s UK Country Chairman, was clearly happy with the result: “Development consent for Hornsea Project Two is very welcome. A project of this size will help in our efforts to continue reducing the cost of electricity from offshore wind and shows our commitment to investing in the UK.”

Dr Jonathan Marshall, Energy Analyst at the Energy and Climate Intelligence Unit (ECIU), said: “This decision shows that, despite the muddle over the new nuclear plant at Hinkley point, there are energy technologies in which the UK has carved out a position as a global leader.

“Consistent [government] support has driven costs of offshore wind down so that it’s almost competitive with fossil fuel generation.”