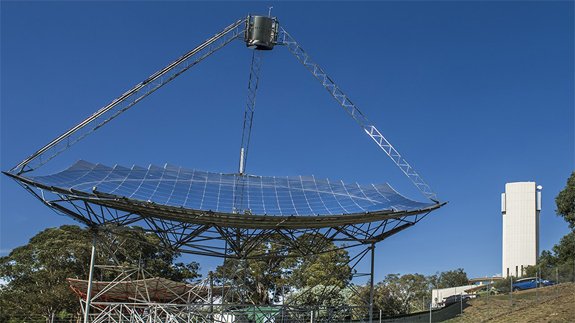 A group of scientists in Australia have set a world record for efficiency for a solar thermal dish generating steam that could be used for power stations.

The team from the Australian National University (ANU) achieved a 97% conversion of sunlight into steam by designing and building a new receiver for the solar concentrator dish.

The scientists claim the new design could result in a 10% reduction in the cost of solar thermal electricity.

It can be combined with efficient heat storage systems and can supply power on demand at a significantly lower cost than solar energy from panels that has been stored in batteries.

The ANU team believes the breakthrough could lead to the generation of cheaper base-load electricity from renewable energy and help lower carbon emissions.

John Pye from the ANU Research School of Engineering said: “Ultimately the work in this project is all about reducing the cost of concentrating solar thermal energy. Our aim is to get costs down to 12 cents per kilowatt-hour of electricity so that this technology will be competitive.

“I’m optimistic that our technology can play a role in the grid, by helping to provide power at night without fossil fuel power stations running.”