The government’s decision to give the final go-ahead to Hinkley Point C is “an historic moment that marks the relaunch of nuclear in Europe”. That’s the message of EDF Energy’s […] 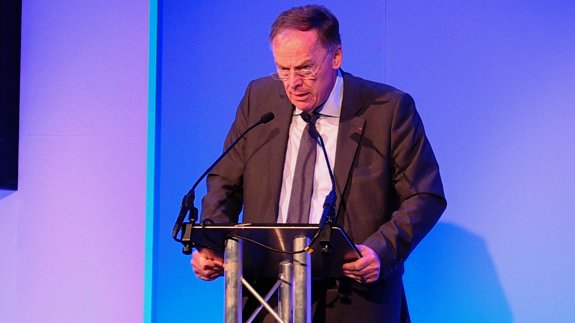 The government’s decision to give the final go-ahead to Hinkley Point C is “an historic moment that marks the relaunch of nuclear in Europe”.

That’s the message of EDF Energy’s CEO Vincent de Rivaz following yesterday’s news from the Tory Administration to approve the first nuclear plant for a generation in Somerset.

In July, Prime Minister delayed the final green light for Hinkley as she wanted to review the project.

He believes the new legal framework included in the approval agreement with EDF, is “entire consistently” with the firm’s views.

During his speech, Mr de Rivaz highlighted the reasons why Hinkley is so important for the UK’s economy creating 25,000 jobs and hundreds of apprenticeships. He said it provided opportunity for all epitomising Theresa May’s ambition when she took power.

He claimed it will deliver low carbon and affordable energy security and  tackle climate change, more so than other new technologies.

He said: “No one technology is a panacea and there is no solution for the UK without new nuclear in the mix.”

Although he recognised the potential of battery storage “to drastically transform the electricity system,” he added, “there is no prospect of cost effective battery technology to store electricity for days, weeks and months”.

The EDF boss believes small modular reactors have “a great potential in UK as a low carbon technology” in the future but he warned no one yet has confirmed “how long it will take for policy makers, regulators and planers to approve this design and what they will cost?”

The government guaranteed the French firm a price of £92.5/MWh, which has been criticised by campaigners. However Mr de Rivaz told the audience, the price for offshore wind is way more expensive at £137/MWh.

He added: “Wind has a critical role to play in the energy future and EDF is investing in it but wind’s intermitancy means that it will sometimes generate too little and sometimes too much, so it will always need costly backup power.

“Hinkley Point C will generate low carbon, reliable, baseload generation around the clock even when the wind doesn’t blow and the sun doesn’t shine.”

The drop in gas production from the North Sea is another reason why Hinkley is necessary in the country’s energy system, he said.

Concluding Mr de Rivaz added: “In the fight against climate change we cannot improvise. Even if we need to innovate and invest in new technologies and we need to do it, we cannot gamble on the hope of future technologies, rejecting the tools we have today for those we hope to have tomorrow.”