North German region to be powered 100% by renewables

A new project aims to power a huge swathe of North Germany only by renewable energy within twenty years. The regions of Hamburg and Schleswig-Holstein, an area with a population […] 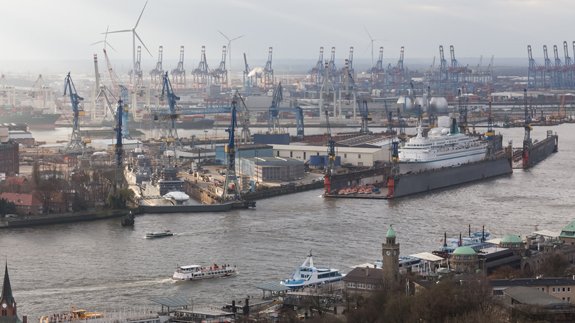 A new project aims to power a huge swathe of North Germany only by renewable energy within twenty years.

The regions of Hamburg and Schleswig-Holstein, an area with a population of more than four million, have created an initiative which first targets to obtain 70% of its energy from green sources by 2025, going fully green a decade later.

The project, which is called NEW4.0, is a large scale trans-national scheme which combines business, science and politics from the two states.

In a statement, they explained “NEW” stands for the Norddeutsche Energie- Wende (Northern German Energy Transition) and “4.0” refers to the brink of the fourth industrial revolution: the digitisation of industry resulting from the smart networking of systems.

More than 50 partners from the region including grid operators, energy suppliers, utilities and technology firms, are working together to accelerate the energy transition in Northern Germany.

Around €90 million (£78.3m) will be invested by the project partners within the next four years and the government is providing €44 million (£38.28m) in support.

Werner Beba, project coordinator of NEW 4.0 said: “This is the first time that the interplay of different technological approaches, the targeted integration into the energy market and the application of the regulatory framework will be tested in an orchestrated manner as part of this large-scale practical trial.

“This is what makes NEW 4.0. both unique and challenging. The findings of this project will contribute to making the necessary transformation of the entire energy system a success.”