Levels of Carbon Dioxide (CO2) in the atmosphere reached a “symbolic and significant milestone” last year and surged to new records in 2016. It reached 400 parts per million (ppm) […] 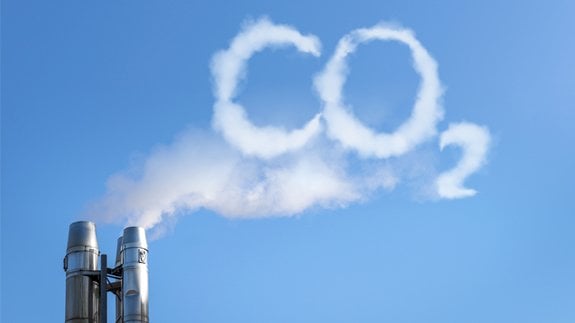 Levels of Carbon Dioxide (CO2) in the atmosphere reached a “symbolic and significant milestone” last year and surged to new records in 2016.

It reached 400 parts per million (ppm) for the first time for the entire year in 2015, marking the start of a “new era of climate reality”, according to the World Meteorological Organisation (WMO).

It predicts CO2 concentrations will stay above 400ppm for the whole of this year and not fall below that level for “many generations”.

The last time CO2 was regularly above 400ppm was three to five million years ago, it adds.

The growth is said to have been fuelled by the El Nino event – which has a global impact on weather patterns – that started in 2015 and had a strong impact well into 2016.

That triggered droughts in tropical regions and reduced the capacity of “sinks” like forests, vegetation and the oceans to absorb CO2. They currently absorb around half of CO2 emissions but there is a risk they may become saturated, which would increase the fraction of emitted CO2 which stays in the atmosphere.

WMO Secretary-General Petteri Taalas said: “The real elephant in the room is Carbon Dioxide, which remains in the atmosphere for thousands of years and in the oceans for even longer. Without tackling CO2 emissions, we cannot tackle climate change and keep temperature increases to below 2°C above the pre-industrial era.

“It is therefore of the utmost importance that the Paris Agreement does indeed enter into force well ahead of schedule on 4th November and that we fast-track its implementation.”

WMO and partners are working towards an Integrated Global Greenhouse Gas Information System to provide information that can help nations to track the progress towards the implementation of their national emission pledges, improve emissions reporting and inform about additional mitigation actions.

Climate change will be part of the debate at the Energy Live 2016 conference in London on November 3rd. There are limited free tickets for energy end users and university students.