The UK’s attractiveness to renewable investors has fallen to an all-time low, with uncertainty caused by Brexit being one of the factors. According to EY’s latest table of the world’s […] 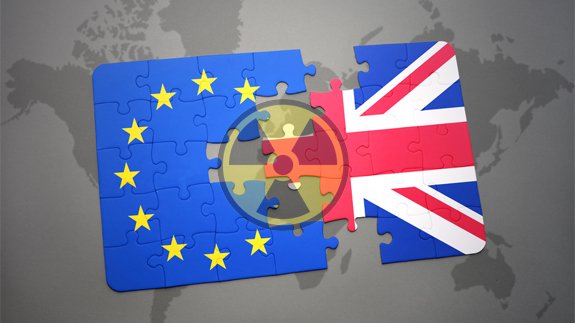 The UK’s attractiveness to renewable investors has fallen to an all-time low, with uncertainty caused by Brexit being one of the factors.

According to EY’s latest table of the world’s most attractive renewable energy markets, the nation has continued to lose its appeal in the eye of investors – falling to 14th place.

The approval of the Hinkley Point C nuclear plant and the closure of the Department of Energy and Climate Change (DECC) also dealt a “sizeable blow” to the UK’s already floundering renewable energy sector.

However it adds there was respite when the government approved the 1.8GW Hornsea 2 project, which will be the world’s largest offshore wind farm if completed as planned.

Despite the progress on offshore wind, the UK renewables industry faces an unknown future as the nation negotiates its future relationship with the EU.

In the Renewable energy country attractive index (RECAI), the US came in first place, followed by China, India, China and Germany.

The UK’s previous position – 13th – has been taken over by Morocco. 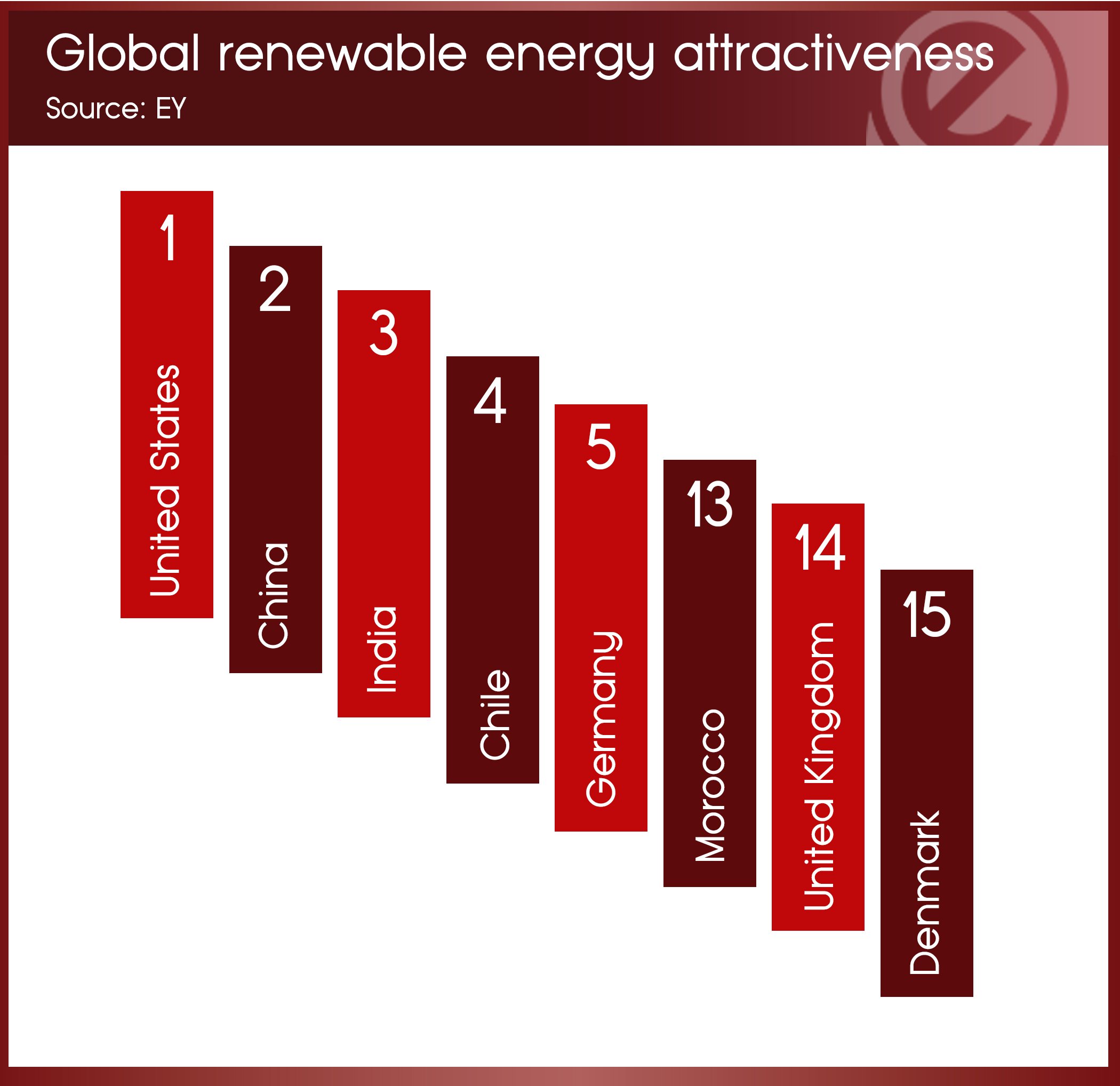 “In addition to radical changes to its structure, the government has decided to press ahead with investment in forms of energy that either don’t seem to have the public’s backing, such as shale gas, or have been deemed costly.”

The report notes the decline of predictable baseload power supply is forcing grid operators to invest in creating flexibility on the demand side – presenting an opportunity for larger companies to deploy time-based energy management.

It adds the emergence of the battery storage market offers the potential to boost investment and the availability of contracts and continued research and development investments, particularly in the US, will continue to drive down costs and improve returns from investment.

Mr Warren said: “No doubt there are still challenges to be overcome and questions to be answered around affordability and availability. But if the market is ready and willing to innovate, battery storage, coupled with renewables, can improve reliability and consistency of output to create a far more attractive sector.”

The government said it is making £290 million of annual support available for renewable electricity generation in the coming Contracts for Difference subsidy round.

A BEIS spokesperson added: “The latest Climate Change Performance Index shows the UK is the second best country in the world on tackling climate change with renewable energy already making up around 25% of our electricity and last year the government investing a record £13bn to ensure continued development.”

Energy policies, renewables, fossil fuels and nuclear will be part of the discussions at the Energy Live 2016 conference in London next week. There are limited free tickets for energy end users and university students.