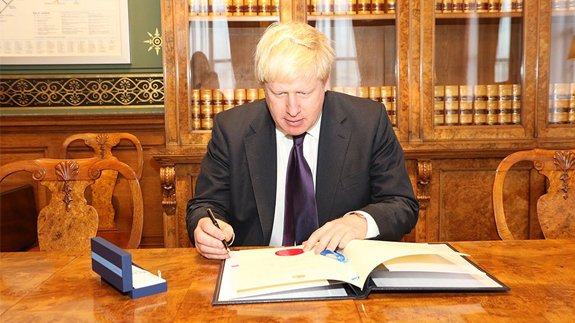 The Foreign Office said it will now deposited “at the earliest opportunity at the UN in New York”.

The news comes after Prime Minister Theresa May pledged to ratify the deal by the end of this year. More than 100 countries have so far ratified the agreement, which came into force earlier this month.

Industry and Climate Change Minister Nick Hurd added: “The UK is ratifying the historic Paris Agreement so that we can help to accelerate global action on climate change and deliver on our commitments to create a safer, more prosperous future for us all.

“COP22 in Marrakesh is an important milestone which marks the shift from aspiration to implementation. We are going to use this positive momentum to grow the UK low carbon sector, which is already worth over £46 billion as we continue to provide secure, affordable and clean energy to our families and businesses.”

In the US, more than 350 major businesses are calling on President-elect Donald Trump to back the Paris agreement as he previously threatened to ditch it and called global warming a “hoax”.

Yesterday the International Energy Agency (IEA) said nations across the globe need to invest an extra $23 trillion (£19.8tn) for improvements in energy efficiency as part of their efforts to meet the Paris goals.