Electricity has been generated for the first time from a wind farm extension project located off the UK coast. The power generated by one of the 32 turbines at the […] 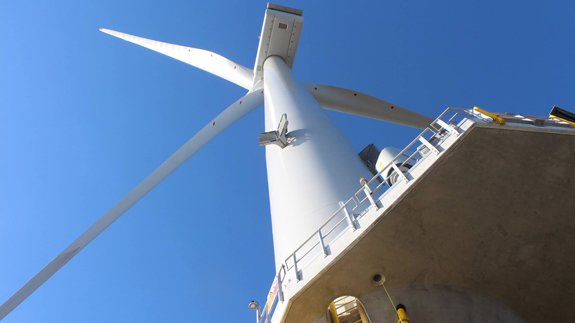 Electricity has been generated for the first time from a wind farm extension project located off the UK coast.

The power generated by one of the 32 turbines at the Burbo Bank Extension Offshore Wind Farm has been exported to the national grid.

The wind farm, owned by DONG Energy and its partners PKA and KIRKBI, is said to have the world’s largest turbines which together are expected to generate up to 258MW of electricity.

Claus Bøjle Møller, Burbo Bank Extension Programme Director, said: “First power is a key milestone for us because it proves that every part of the transmission and generation equipment is successfully working. We’re progressing well with the construction of the wind farm thanks to a huge effort from our construction team and our contractors.

“This milestone is also significant for the offshore wind industry at a broader scale. Using these bigger turbines is a major step in reducing the cost of energy from offshore wind and we are proud to once again introduce a step change in technology.”

Earlier his month, DONG Energy announced plans to quit the oil and gas industry to focus on renewable energy.