The transition to a clean energy economy in the US is “irrevocably underway and is delivering deep pollution reductions”. That’s the view of the Natural Resources Defense Council (NRDC), which […] 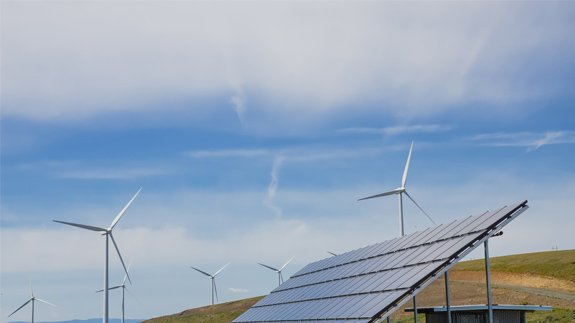 The transition to a clean energy economy in the US is “irrevocably underway and is delivering deep pollution reductions”.

That’s the view of the Natural Resources Defense Council (NRDC), which states coal use in the country is at record low levels but green energy is “higher than ever”.

In a report, it states one eighth of the electricity generated in 2015 came from renewables and energy related carbon emissions fell by 12% compared to 2005 levels.

It also highlights one fifth of the US population live in a state which has set a goal of generating at least 50% of green energy.

According to the report, oil consumption in 2015 was 12% below its 2005 peak as a result of historically low coal use, energy efficiency gains and soaring generation from solar and wind.

The NRDC also reveals the use of technologies to boost smarter energy use at homes and buildings helped cut the need of dirty fuels and allowed utilities to avoid building polluting power plants.

It recommends Donald Trump’s new government “to remain an active partner” in the clean energy transition.

Earlier this week, the NRDC criticised the possible appointment of Scott Pruitt, Oklahoma’s Attorney General and a critic of Barack Obama’s climate change policies, to head the environment department.

Utilities and their regulators should curb power plant emissions and prioritise renewables and energy efficiency, it adds.

The report also suggests the transportation sector should incentivise electric vehicles and strengthen fuel economy standards to continue reducing US reliance on oil.

Ralph Cavanagh, Co-director of the NRDC Energy Programme said: “The nationwide momentum for pollution-free energy is undeniable and irresistible because clean energy now costs less than dirty energy. However, strong local, state and federal policies are necessary for the United States to remain competitive globally and ensure clean energy technology and employment surge to the highest possible levels here at home.”