Sadiq Khan is urging the government to use its regulatory powers and secure “proper compensation” from Volkswagen for the “dieselgate” scandal. He believes the £1.1 million pledged so far is […] 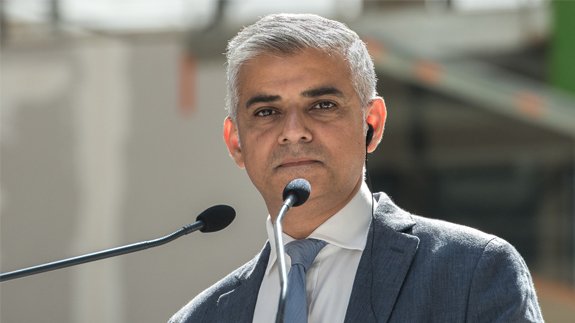 Sadiq Khan is urging the government to use its regulatory powers and secure “proper compensation” from Volkswagen for the “dieselgate” scandal.

He believes the £1.1 million pledged so far is “simply outrageous” and says other concessions equivalent to those obtained by authorities in the US should also be secured.

In the US, Volkswagen, which used “defeat devices” to cheat emissions tests, paid £12 billion for the scandal.

In a letter to Transport Secretary Chris Grayling, the London mayor states the government is “dragging their feet” over the issue, given the global scale of the scandal and the urgent national priority to improve air quality, especially by tackling diesel emissions.

He is demanding Mr Grayling to set out what urgent regulatory action he intends to take in the coming weeks.

Mr Khan believes the government is “running scared from its regulatory responsibility to take action on VW”.

He states: “I am now urging Chris Grayling to stand up for the British public and come forward with an urgent strong plan of action. In London alone, thousands of Londoners unwittingly bought VW cars unaware that their ‘dirty’ diesel engines were contributing to London’s toxic air.

“Its high time the government showed the leadership we need and demand compensation for the diesel emissions which have affected millions of people across the UK combined with a national diesel scrappage scheme to get these vehicles off our streets now.”

The Department for Transport insists it takes the “unacceptable actions of VW extremely seriously”.

A spokesperson added: “That is why we have taken swift action to protect the UK consumer. We were the first country in Europe to complete our own tests (April 2016) to ensure the issue was not industry-wide.

“We continue to push VW to take action to compensate the UK consumer. Transport Minister John Hayes recently met with the MD for VW UK, Paul Willis, to reaffirm the Government’s calls for compensation and press for a fix to affected cars to be carried out as quickly as possible.”

The European Commission recently launched legal action against seven countries, including the UK, over the emissions scandal.