A US college has shown its green credentials by commissioning a 2.9MW solar array. Ithaca College and the New York State Energy Research and Development Authority (NYSERDA) announced the 9,000 […] 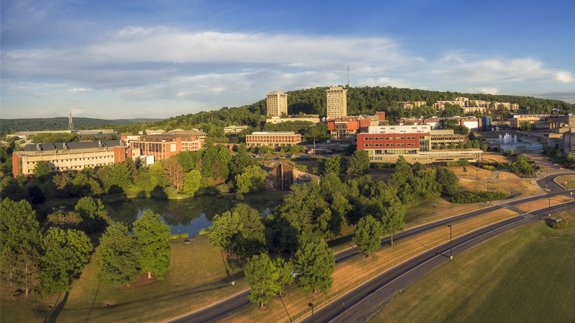 A US college has shown its green credentials by commissioning a 2.9MW solar array.

It will help the state achieve its Clean Energy Standard, which dictates it will source half of its energy from renewables by 2030.

The array is expected to produce 3.55 million KWh of electricity in the first year of generation, enough to supply around 500 homes.

It is hoped to offset around 888 metric tonnes of Carbon Dioxide each year, the equivalent of taking 187 cars off the road.

NYSERDA CEO John Rhodes said: “The use of solar energy by Ithaca College is a model for other colleges and universities and is vital to helping New York achieve Governor Cuomo’s energy goals. I commend the college for its continued commitment to the environment and for setting an example for its students, staff and local community on the benefits of clean energy.”

The project received $1.6 million (£1.3m) in funding through NY-Sun, the state’s $1 billion (£810m) initiative to move closer to a sustainable, self-sufficient solar industry.