New UK research to investigate solar use to power trains

A new project is to investigate using track-side solar panels to power trains in the UK. The Renewable Traction Power project will look at connecting solar panels directly to train […] 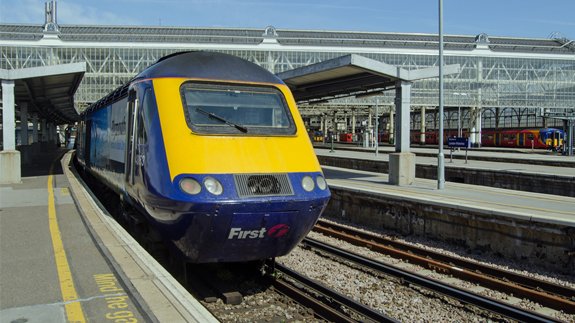 A new project is to investigate using track-side solar panels to power trains in the UK.

Researchers at Imperial College London claim the project is not being done anywhere else in the world.

Initially the project will look at the feasibility of converting “third rail systems”, which supply electricity through a power line running close to the ground and are used on roughly one third of the UK’s tracks.

They have the advantage of matching the way electricity is supplied by solar panels as direct current and using a similar voltage to the rail network.

The project is expected to have “a wide impact with commercial applications on electrified rail networks all over the world”.

It would also open “thousands of new sites” to small and medium scale renewable developments by removing the need to connect to the grid.

With Network Rail investing billions of pounds in electrifying the UK’s train lines, combining that with increased renewable energy generation means train travel could be significantly decarbonised by 2050, according to the researchers.

Professor Tim Green, Director of Energy Futures Lab at Imperial College London said: “Many railway lines run through areas with great potential for solar power but where existing electricity networks are hard to access. I think that focusing on the basics of integrating distributed energy generators into a railway’s system with the third-rail network brings a lot of benefits.”