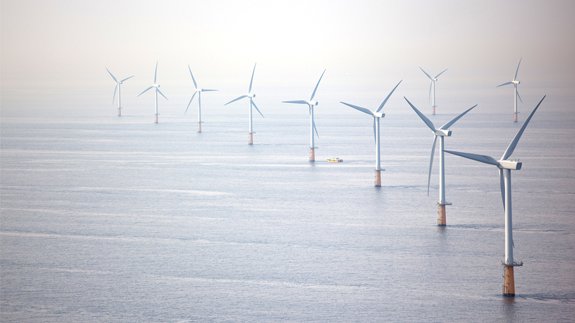 That was due to Chinese slowdown and falling costs of solar power, it states.

Projects included the go-ahead for the largest project, i.e. DONG Energy’s 1.2GW Hornsea wind farm off the UK coast, plus 14 others with more than 100MW of capacity each.

Jon Moore, Chief Executive of BNEF, said: “The offshore wind record last year shows that this technology has made huge strides in terms of cost-effectiveness and in proving its reliability and performance. Europe saw $25.8 billion (£21bn) of offshore wind investment but there was also $4.1 billion (£3.3bn) in China and new markets are set to open up in North America and Taiwan.”

Even though overall investment in clean energy fell in 2016, the total capacity installed did not.

Estimates from BNEF suggest a record 70GW of solar capacity was added, up from 56GW in 2015.