The Trump administration has confirmed its intentions to reverse Barack Obama’s climate change policies and support fracking. Following President Donald Trump’s inauguration last week, his administration has announced plans to use the estimated $50 trillion (£40.15tn) that can […] 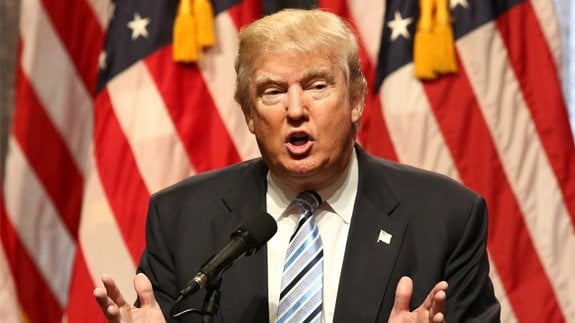 Following President Donald Trump’s inauguration last week, his administration has announced plans to use the estimated $50 trillion (£40.15tn) that can be gained by exploring untapped shale oil and gas reserves to rebuild roads, schools, bridges and public infrastructure as well as to create millions of jobs and boost the agriculture industry.

The fracking process has attracted controversy from green groups as they believe it damages the environment.

The new energy plans also aims to revive the US coal industry, with a particular focus on cleaner burning versions of the fuel.

President Trump said he will protect national security by “achieving energy independence from the OPEC cartel and any nations hostile to our interests”.

He aims to lower costs for American citizens and maximise the use of the nation’s resources to become less dependent on foreign oil.

The administration added it will eliminate the previous president’s “harmful and unnecessary” policies, which it believes have “burdened” the country and its citizens. These include the Climate Action Plan and the Waters of the US rules.

It believes lifting these restrictions will boost American wages by more than $30 billion (£24.1bn) over the next seven years.

The White House statement said: “A brighter future depends on energy policies that stimulate our economy, ensure our security and protect our health. Under the Trump Administration’s energy policies, that future can become a reality.”

President Trump previously claimed he would cancel the US ratification of the Paris Agreement on climate change.