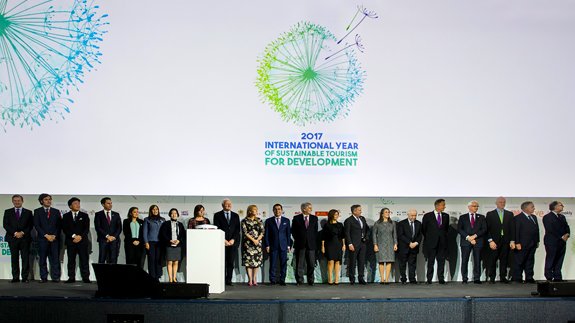 The UN has designated 2017 as the International Year of Sustainable Tourism for Development.

It kicked off at the International Tourism Fair in Spain last week, which was opened by the nation’s King and Queen, Don Felipe VI and Doña Letizia.

The UN states this year is an opportunity to look at how tourism is affected by climate change and how emissions from the sector can be curbed, along with finding ways for the industry to better adapt to the impacts of rising global temperatures.

The UN’s World Tourism Organisation estimates tourism is responsible for around 5% of global CO2 emissions.

Accommodation accounts for around 20% of emissions from tourism, including heating, air conditioning and the maintenance of bars, restaurants and swimming pools, it adds.

The transport sector, including air, car and rail, generates the largest proportion, with 75% of all emissions.

“The world can and must harness the power of tourism as we strive to carry out the 2030 Agenda for Sustainable Development.”