Technology firms can engage with energy consumers in a way that traditional utilities cannot. That’s according to Perry Stoneman, Global Head of Utilities at consulting firm Capgemini, who told ELN […] 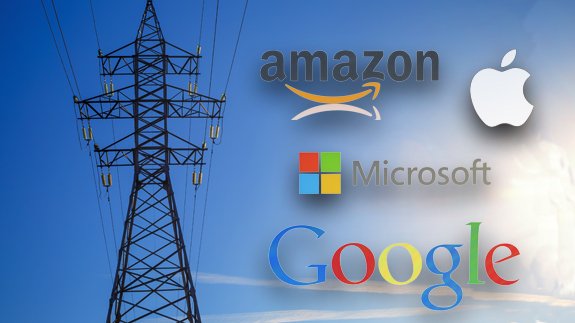 Technology firms can engage with energy consumers in a way that traditional utilities cannot.

That’s according to Perry Stoneman, Global Head of Utilities at consulting firm Capgemini, who told ELN that 2017 would be the year the tech-giants entered the energy marketplace on a large scale.

He said companies like Apple, Google, Microsoft and Amazon are keen to get involved in the lucrative sector: “It’s a matter of time until they enter the market – 2017 is the year that we’re going to see more announcements from the tech giants about the possibility of them being more involved in the energy equation.

“Access to the home, access to the consumer and not just energy conversations but comfort conversations with consumers through digital channels is something that is very attractive to the likes of Google, Amazon, Microsoft and Apple. We know that they have the ability to engage customers in ways that traditional utilities are very challenged to do. It’s not a stretch that they would be interested in anything that affects consumers.”

He said this allows technology firms to do things like work out the amount of solar radiation that hits a consumer’s roof, detect how shadows fall at different times of the day and year and use this information to see if an energy source like solar would work for them.

They also have the advantage of not being constrained like traditional utilities, which means they aren’t strictly regulated and are free to operate as they choose – there are some limitations around residential solar and battery storage but no significant barriers to enter the marketplace.

Technology giants are also starting to create large industrial solar farms to fuel their data centres. Any excess energy can be sold back onto the market for extra profit.

He said that existing utilities would not have to bow out, adding: “Traditional energy firms have the opportunity to be a partner of choice.

“Some might be putting up walls but this is not a decade where putting up walls has been a good idea. It’s smarter to partner and look at new business models than try to defend a model that will morph over time due to renewable transition and digital transformation.”