The world’s largest purchasing organisations are driving down emissions across their supply chains. That’s according to a new report, which reveals suppliers worldwide reduced 434 million tonnes of Carbon Dioxide […] 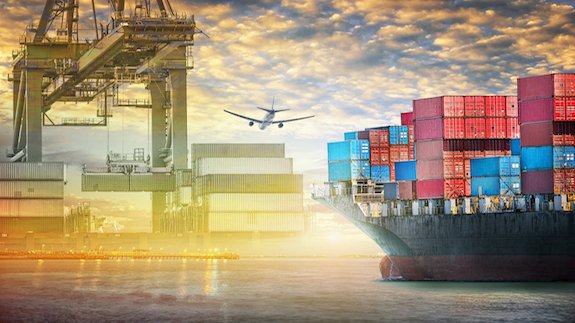 The world’s largest purchasing organisations are driving down emissions across their supply chains.

The shift is said to have been prompted by the businesses stepping up their commitments to tackle indirect emissions following the Paris Agreement in 2015.

The 89 organisations, which include BMW, Johnson & Johnson, Microsoft and Walmart, have a combined purchasing power of $2.7 trillion (£2tn).

According to the UN, greenhouse gas emissions within the supply chain are said to be at least four times greater than those from direct operations.

The report by CDP, written in partnership with BSR and The Carbon Trust and based on information from more than 4,300 suppliers, also found they are increasingly recognising the need for climate action.

It named 29 companies that have been awarded a position on CDP’s first supplier engagement leader board. Selected from more than 3,300 companies, the firms – which include BT Group, Hewlett Packard, Nestlé, Royal Philips and Sky – were chosen for their commitment to drive down emissions throughout their supply chains.

“By raising awareness of the positive aspects of supply chain action, it is possible to deliver tangible, meaningful results for the bottom line and the planet. I applaud the public and private sector purchasing organisations that are taking climate action to their supply chains.”

Not enough is being done

The report states more needs to be done to curb supply chain emissions.

It adds an “overwhelming majority” of businesses appear to be focusing their sustainability efforts exclusively on areas that are within their own direct control and not yet engaging with key suppliers, customers and stakeholders.

The report states supplier efforts are still insufficient to tackle the scale of the climate challenge. Only 34% of suppliers reported an overall year-on-year decrease in their operational emissions with a further 36% having insufficient data to track progress.

When looking at water, it found while more than two-thirds of supplier respondents saw climate change opportunities, only 36% identified water-related opportunities and only 28% see any water risks to their business. That compares to three quarters that see climate change risks.

Out of 607 respondents to CDP’s investor-led water programme last year, only 38% required their key suppliers to report on water use, risks and management.