Europe will face severe risks to its economy, ecosystems and human health as a result of climate change. That’s according to a new report from the European Environment Agency (EEA), which […] 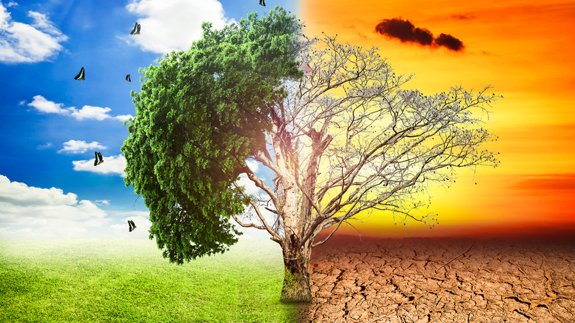 Europe will face severe risks to its economy, ecosystems and human health as a result of climate change.

That’s according to a new report from the European Environment Agency (EEA), which states these risks will be caused by rising sea levels, intense heatwaves, flooding, droughts and storms and increasingly extreme and frequent freak weather.

It suggests more flexible adaptation strategies, policies and measures need to be put in place to lessen its impact.

Regions in the south and south-east of the continent are expected to be impacted the most and are already seeing reduced precipitation, river flows, crop yields and biodiversity. The area is seeing more forest fires and climate sensitive diseases as carriers like ticks and flies move into new areas.

Heatwaves now cause tens of thousands of premature deaths across Europe each year, the EEA adds.

Coastal regions and floodplains in the west are also said to be seeing drastic changes to marine ecosystems, due to the acidification, warming and oxygen starvation of the ocean.

The report suggests climate-related extreme events in EEA member countries have accounted for more than €400 billion (£340bn) of economic losses since 1980.

Hans Bruyninckx, Executive Director of the EEA, said: “Climate change will continue for many decades to come. The scale of future climate change and its impacts will depend on the effectiveness of implementing our global agreements to cut greenhouse gas emissions but also ensuring that we have the right adaptation strategies and policies in place to reduce the risks from current and projected climate extremes.”