Solar and EVs ‘could halt fossil fuel growth by 2020’

The world could see demand for coal and oil peak as early as 2020. That would be a result of falling costs solar power technology and the uptake of electric […] 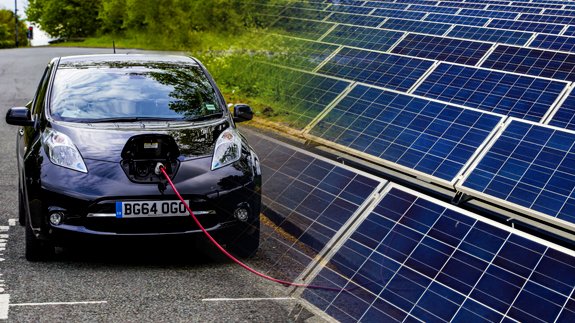 The world could see demand for coal and oil peak as early as 2020.

That would be a result of falling costs solar power technology and the uptake of electric vehicles, according to a new report from Carbon Tracker and the Grantham Institute at Imperial College London.

It warns fossil fuels could lose 10% of the market share “within a single decade” – similar losses “wiped €100 billion [£86bn] off the value of European utilities and caused the collapse of the US coal industry”.

EVs are said to be growing 60% year-on-year, with more than a million already on the roads.

The report expects growth in EVs to lead to two million barrels of oil per day (mbd) to be replaced by 2025 – the same volume that caused the oil price collapse in 2014/15.

The report also suggests EVs could make up 35% of the road transport market by 2035, displacing 25mbd of oil.

In the UK, a majority of drivers are said to be put off buying EVs due to high insurance costs.

The cost of solar is said to have fallen by around 85% in the last seven years and this study expects it to become “materially cheaper than alternative power options globally”.

The renewable source is expected to supply 23% of global power generation in 2040 and 29% by 2050, “entirely phasing out coal and leaving natural gas with just a 1% market share”.

The report suggests the market trends in solar and EVs could help limit global warming to 2.2°C to 2.4°C by 2100.

However it adds cutting carbon from the power sector and road transport may not be enough to achieve international climate targets so emissions from other industries such as heating buildings and heavy sector will also be needed.

Luke Sussams, Senior Researcher at Carbon Tracker said: “Electric vehicles and solar power are game-changers that the fossil fuel industry consistently underestimates. Further innovation could make our scenarios look conservative in five years’ time, in which case the demand misread by companies will have been amplified even more.”