For the first time, alternatively fuelled vehicles (AFVs) now make up more than 4% of all new cars sold. The milestone was broken in January as the segment swelled by 19.9% to take […] 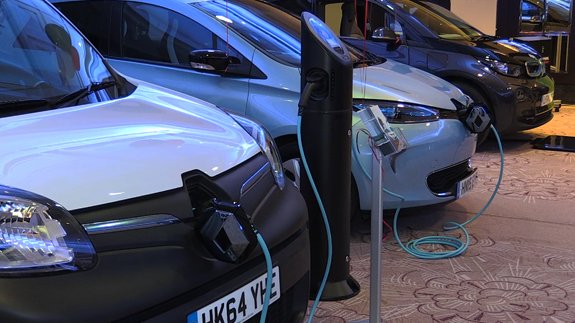 For the first time, alternatively fuelled vehicles (AFVs) now make up more than 4% of all new cars sold.

The milestone was broken in January as the segment swelled by 19.9% to take a record 4.2% of the market share.

That’s up from 3.6% last year, according to new figures from the Society of Motor Manufacturers and Traders (SMMT).

The AFV sector includes cars powered by electricity, hydrogen and biofuel and is now the fastest growing part of the car industry by a significant margin.

Traditional fuel types saw a more mixed picture, with diesel registrations down 4.3% but petrol car purchases up by 8.9%.

The new car market achieved a 12-year high in January, with a total of 174,564 vehicles leaving showrooms. This represents year-on-year growth of 2.9%.

Mike Hawes, CEO of the SMMT, said: “2017 got off to a good start in the new car market, buoyed by a great range of new models which are safer and cleaner than ever before. It’s encouraging to see alternatively fuelled vehicles benefiting from this positive growth, reaching a record market share.”

More than 10,000 motorists in the UK bought fully electric vehicles in 2016 and a share of a £15 million fund has also been granted to advance the technology.