University of Reading gets smart about energy use

The University of Reading has saved £17 million over a five-year period by becoming more energy efficient. It has also reduced its carbon emissions by 35%, saving around 63,000 tonnes […] 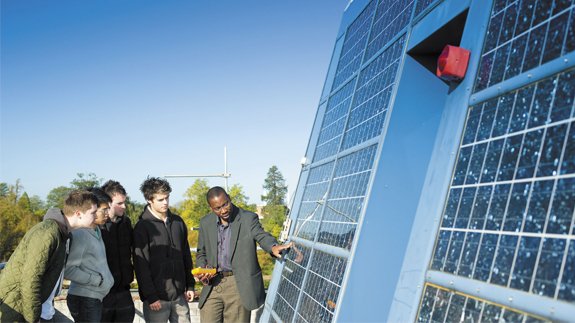 The University of Reading has saved £17 million over a five-year period by becoming more energy efficient.

It has also reduced its carbon emissions by 35%, saving around 63,000 tonnes – equivalent to just above two years’ worth of the university’s current emissions.

That’s a result of investing more than £4 million in projects aimed at improving energy efficiency.

The university states it has seen savings of more than £4 million for every £1 million spent, which will be used for environmental measures.

Solar panels have been included in four of its buildings, which helped the university save £5,500 on electricity bills in 2015/16.

It also aims to change behaviour and raise awareness by hosting an annual ‘green week’, which gives staff and students the opportunity to better understand the contribution they can make.

That includes a “blackout evening”, where staff and student volunteers sweep the campus on a Friday, checking what equipment is left on that could be switched off over the weekend.

Dan Fernbank, Energy Manager at the University of Reading said: “In addition to the carbon and financial savings, we’ve also seen improvements to building environments, helping make them more comfortable for staff and students to study and work in.

“As a university with climate change close to its heart, staff and students were keen to understand how small changes can make a big difference.”