The equivalent of heatwaves have passed over the Arctic pole, melting the sea ice volume to a record low last month. Antarctic sea ice extent is also the lowest on […] 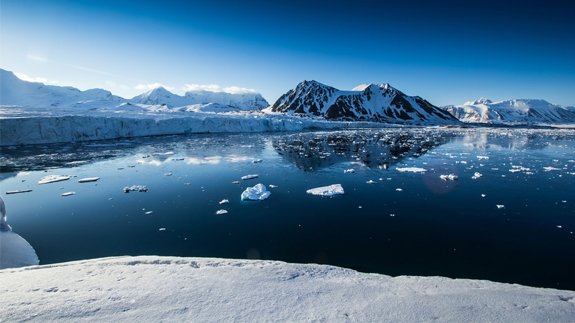 The equivalent of heatwaves have passed over the Arctic pole, melting the sea ice volume to a record low last month.

Antarctic sea ice extent is also the lowest on record, according to the World Meteorological Organisation (WMO).

The US National Oceanic and Atmospheric Administration (NOAA) said global surface temperatures were the highest on record last month.

David Carlson, Director of the UN’s World Climate Research Programme said: “Temperatures in the Arctic are quite remarkable and very alarming. The rate of change in the Arctic and resulting shifts in wider atmospheric circulation patterns, which affect weather in other parts of the world, are pushing climate science to its limits.”

As a result of waves in the jet stream – the fast-moving band of air which helps regulate temperatures – much of Europe, the Arabian peninsula and North Africa were unusually cold, as were parts of Siberia and the western US.

Scientists confirmed 2016 was the hottest year on record and saw the planet near a 1.5°C warming.