The Organisation of the Petroleum Exporting Countries (OPEC) has reaffirmed its commitment to tackling climate change through the historic Paris agreement. Secretary-General Mohammad Sanusi Barkindo said climate change has the […] 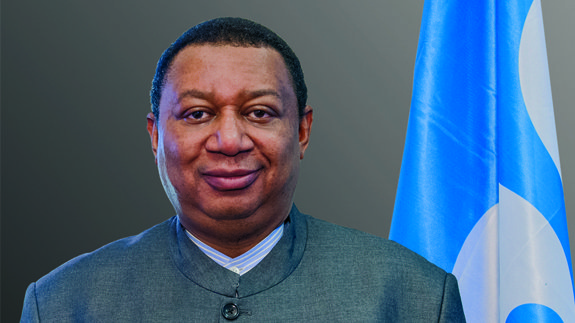 The Organisation of the Petroleum Exporting Countries (OPEC) has reaffirmed its commitment to tackling climate change through the historic Paris agreement.

He believes oil will continue to play a “central role” in the global economy but the focus needs to be on “sustainable oil market stability”.

However, Mr Barkindo adds in terms of the energy mix, the world can expect to see a further shift towards renewables in the coming decades.

Speaking at an event in London this week, he said: “To put it simply, oil market stability is one of the central pillars of a well-functioning global economy.

“Of course, we also acknowledge the challenges of emissions that come from burning fossil fuels. In this regard, we recognise the need to use energy efficiently and to continually look to develop and adopt cleaner energy technologies, such as carbon capture and storage and many others in the future. I am a believer that solutions can be found in technologies that reduce and ultimately eliminate these emissions. In this regard, I welcome co-ordinated action with the industry and through various research and development platforms.”

He added OPEC member countries played an important role in reaching the climate deal and will continue to do so in its implementation.

The 10 OPEC members obligated to cut oil production, which was agreed last year, achieved 91% of their target in January.

In December, Russia took the crown from Saudi Arabia as the biggest oil producer in the world.