The UN has launched a global campaign to eliminate marine litter. Dubbed #CleanSeas, it aims to get rid of micro plastics in cosmetics and the excessive usage of single-use plastic […] 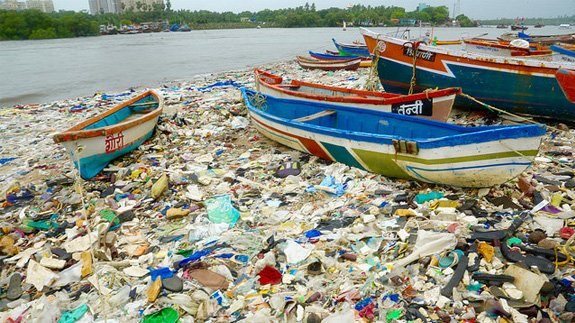 The UN has launched a global campaign to eliminate marine litter.

Dubbed #CleanSeas, it aims to get rid of micro plastics in cosmetics and the excessive usage of single-use plastic bags by 2022.

UN Environment is also calling on consumers to change their throwaway habits “before irreversible damage is done to our seas”.

Each year, more than eight million tonnes of plastic ends up in the oceans, affecting marine wildlife, fisheries and tourism and costing at least $8 billion (£6.4bn) in damages to marine ecosystems.

Throughout the year, the campaign will be announcing ambitious measures by countries and businesses to tackle the issue.

So far, 10 countries including Indonesia, Uruguay and Costa Rica, have joined the campaign with pledges such as slashing marine litter by 70% and taxing single-use plastic bags.

England, Scotland and Wales already charge 5p for single-use carrier bags, which is said to have led to a reduction in usage.

UN Environment Head Erik Solheim said: “It is past time that we tackle the plastic problem that blights our oceans. Plastic pollution is surfing onto Indonesian beaches, settling onto the ocean floor at the North Pole and rising through the food chain onto our dinner tables. We’ve stood by too long as the problem has gotten worse. It must stop.”