Microgrids for the cannabis sector could solve the industry’s “energy hog” problem. That’s according to the head of an alternative energy company, who believes hybrid microgrids could fill the gap […] 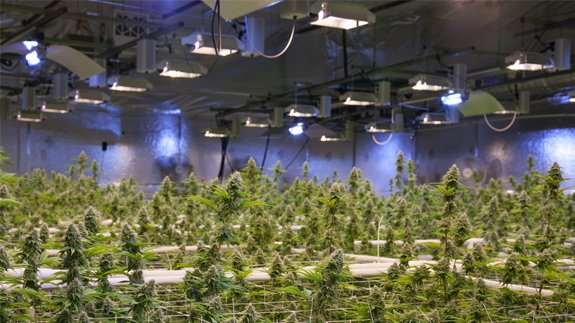 Microgrids for the cannabis sector could solve the industry’s “energy hog” problem.

That’s according to the head of an alternative energy company, who believes hybrid microgrids could fill the gap utility companies and major corporations can’t fix.

Cannabis is said to be legal in 29 US states and much of the product is grown indoors, with the industry currently responsible for around 0.5% of total US greenhouse gas emissions.

The energy costs represent up to 35% of a facility’s operating budget, according to the company.

It claims growers are using so much energy that outages have occurred around Denver and Portland.

Co-founder and COO Tim Hade said: “In Colorado, the biggest utility ran into some struggles with the load growth. Interestingly, the traditional way a utility deals with problems like this is to call the DOE [Department of Energy].”

However he states the energy department can’t help due to marijuana’s federal classification, adding: “And big companies like GE and Caterpillar won’t get involved in this because they are tied up in federal procurement contracts.”

Scale Energy has several projects in development, ranging in size from 250kW to 1.5MW, for cannabis operations as large as one million square feet.

Mr Hade adds: “Cannabis growing operations would likely see energy costs drop 20% to 25% with our microgrids. Operators can also tap into their own power during an outage. That’s critical because crops will suffer without power for heat, air conditioning, lights and other vital controls.”