European cities are successfully future-proofing against climate change despite budgetary constraints. That’s according to a new European Environment Agency (EEA) report, which highlights a range of green successes and demonstrates how they […] 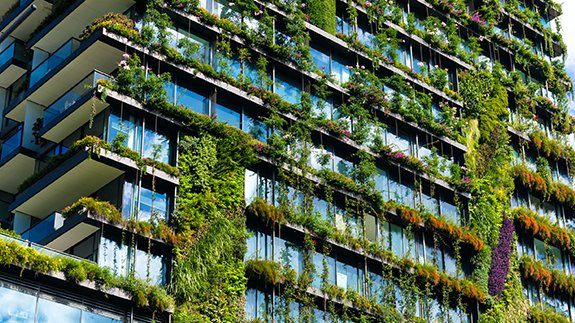 That’s according to a new European Environment Agency (EEA) report, which highlights a range of green successes and demonstrates how they could be implemented elsewhere.

For example, the Slovakian capital of Bratislava is installing green infrastructure such as low-emission buses, planting more trees around the city, setting up green roofs and building rainwater retention facilities.

These measures mean the city is already on the way to slashing its total emissions, reducing pollution and improving quality of life.

However, a lack of funding has been cited by mayors, city managers and planners across Europe as one of the main reasons for the slow uptake of green measures.

This means a range of innovative funding options to pay for the projects need to be deployed.

Bratislava used a combination of EEA grants and municipal funds to leverage private investment – other ways to finance adaptation include crowdfunding, green bonds and making the most of subsidies.

Some other cities to have secured funding for green measures include Copenhagen, which is upgrading its floodwater management and lighting systems and Paris, which is planting 20,00 trees in an effort to make the city’s public spaces more sustainable.

The town of Essen in Germany is the European Green Capital for 2017.