EU waste rules could cost Britain as much as £2 billion over the next 20 years. That’s according to a new report from Policy Exchange, which suggests the UK would […] 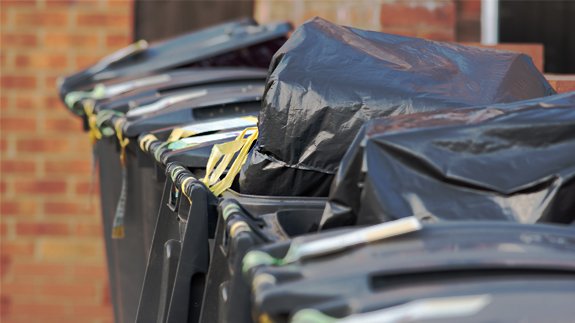 EU waste rules could cost Britain as much as £2 billion over the next 20 years.

That’s according to a new report from Policy Exchange, which suggests the UK would be much wiser to generate energy from its rubbish – last year it spent £280 million exporting waste overseas.

Rather than adopting the EU’s proposed Circular Economy Package, it argues Brexit presents a huge opportunity for the UK Government to develop a new, more efficient approach to waste and resources policy.

The report says the UK should focus on maximising resource productivity in line with the government’s emerging Industrial Strategy, seek to minimise carbon emissions and avoid environmental damage.

It highlights significant shortcomings in the EU’s approach and says the objectives are increasingly unclear, the targets are badly designed and the policies are not in the UK’s interest.

The report makes a series of key recommendations, including introducing drop-off points for reusable items to be distributed to charities or sold, encouraging recycling and reuse innovation and helping to develop markets for scrap materials.

It also advises local authorities to use one of three standardised systems for collecting waste and recycling, rather than choosing from among the more than 400 systems currently used.

Policy Exchange’s Head of Environment and Energy, Richard Howard, said: “The EU’s proposed Circular Economy package is ill defined and poorly thought through. It focuses too much on the means rather than the ends.

“The UK needs to take back control of our rubbish and develop a more coherent set of waste policies which better serve UK businesses and households, as well as the environment.”

A new assessment suggests businesses promoting waste to energy projects have a 30-year track record of “failures and unfulfilled promises”.