Polluted environments take the lives of around 1.7 million children under the age of five every year. The environmental risks include indoor and outdoor air pollution, unsafe water, lack of […] 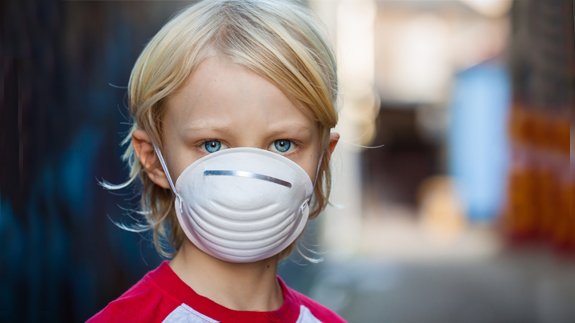 Polluted environments take the lives of around 1.7 million children under the age of five every year.

The environmental risks include indoor and outdoor air pollution, unsafe water, lack of sanitation, inadequate hygiene and second-hand smoking, according to the World Health Organisation (WHO).

Its report reveals a large portion of the most common causes of death among children aged one month to five years are preventable by interventions that could reduce environmental risks such as access to safe water and cleaner cooking fuels.

With climate change, temperatures and levels of Carbon Dioxide are said to be rising, favouring pollen growth which is associated with increased rates of asthma in children.

The WHO estimates 11% to 14% of children aged five years and older currently report asthma symptoms, with almost half of these cases related to air pollution.

In households without access to basic services or that are smoky due to the use of unclean fuels, such as coal or dung for cooking and heating, children are also at an increased risk of diarrhoea and pneumonia.

Dr Maria Neira, WHO Director, Department of Public Health, Environmental and Social Determinants of Health said: “A polluted environment results in a heavy toll on the health of our children. Investing in the removal of environmental risks to health, such as improving water quality or using cleaner fuels, will result in massive health benefits.”

Last month the European Commission issued “final warnings” to five countries, including the UK, for failing to address air pollution.

In London, commuters who use the Underground are said to be the most exposed to toxic air quality compared to car drivers.