The first ever low emission bus zone (LEBZ) has officially been launched in London. It is part of Mayor Sadiq Khan’s strategy to tackle air pollution and is the first […] 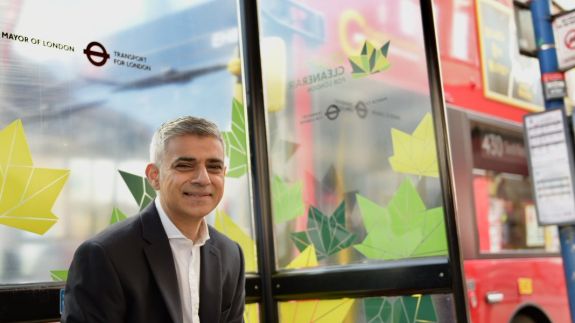 The first ever low emission bus zone (LEBZ) has officially been launched in London.

It is part of Mayor Sadiq Khan’s strategy to tackle air pollution and is the first of 12 LEBZs in the capital.

It has been launched in Putney – one of the most polluted areas in London – which runs a total of 145 buses on seven scheduled routes.

Only buses that meet the toughest emission standards will now be able to run in the Putney LEBZ. The high street will also have effective bus priority measures in place to keep delays to a minimum and reduce unnecessary pollution caused by sitting in traffic.

Mr Khan said: “London’s toxic air is an outrage and I promised to make cleaning it up one of my top priorities.

“I have asked TfL to remove the oldest, dirtiest buses from our streets and this new route, along with the 11 others we’ll be introducing, will make a big difference to the pollution caused by our public transport system. I now need other cities around the world to work with me to demand cleaner bus technology so we can phase out diesel buses altogether.”

He also reiterated calls to the government to introduce a national diesel scrappage fund to help get the most polluting vehicles off the nation’s roads and give him more power to tackle other sources of air pollution.

The next LEBZs will be introduced in Brixton and Streatham in October, with the rest delivered before 2020.

The mayor previously also confirmed the £10 Toxicity Charge for London’s most polluting cars will be introduced from October this year.

Last month the European Commission issued a final warning to the UK for failing to address air pollution.