The European Parliament has backed more ambitious recycling targets, setting Europe to drastically reduce using landfills for waste. Under the draft legislation, the share of waste to be recycled would […] 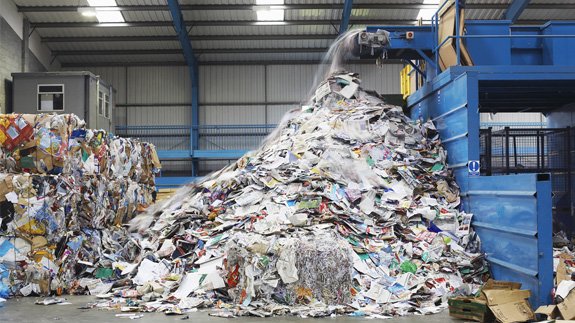 Under the draft legislation, the share of waste to be recycled would rise from 44% to 70% by 2030. The European Commission had proposed 65%.

For packaging materials, such as paper and cardboard, plastics, glass, metal and wood, MEPs propose an 80% target for 2030.

They also want the waste package plans to limit the share of landfilling to 5% and deliver a 50% reduction in food waste during the same period.

Statistics for 2014 suggest around 44% of all municipal waste in the EU is recycled or composted and by 2020, EU Member States are expected to be recycling or composting more than 50% of waste.

Lead MEP Simona Bonafè said: “Today, Parliament by a very large majority has showed that it believes in the transition towards a circular economy.

“Re-use, recycling and recovery are becoming the key words around which a new paradigm needs to be built to promote sustainability, innovation and competitiveness so that waste will cease to be a problem and become a resource.”

The draft legislation will be discussed with the European Commission and Member States before becoming law.

A recent report suggested EU waste rules could cost Britain as much as £2 billion over the next 20 years.