Global energy-related carbon emissions were flat for the third consecutive year in 2016. That’s despite the growth in global economy, according to the International Energy Agency (IEA). It was the […] 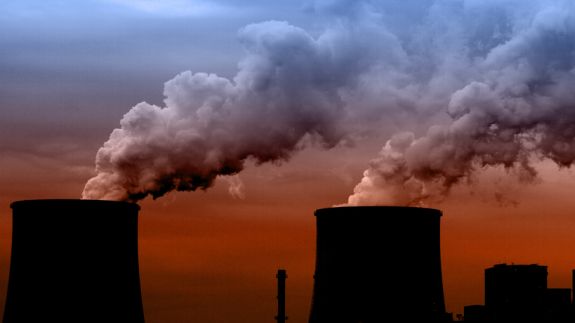 Global energy-related carbon emissions were flat for the third consecutive year in 2016.

That’s despite the growth in global economy, according to the International Energy Agency (IEA).

It was the result of growing renewable power generation, switches from coal to natural gas, improvements in energy efficiency as well as structural changes in the economy.

The IEA estimates emissions from the energy industry stood at 32.1 gigatonnes last year, the same as the previous two years, while the global economy grew 3.1%.

The US and China, the world’s two largest energy users and emitters, saw a decline in emissions while it was “stable” in Europe.

Gas demand in the region rose by 8% while demand for coal fell 10%. The UK saw a “significant” coal to gas switch as a result of cheaper gas and a carbon price floor.

The biggest drop was seen in the US, where emissions fell 3% or 160 million tonnes while the economy grew by 1.6%.

The decline was said to be driven largely by a surge in shale gas supplies and renewable energy.

China saw a 1% fall in emissions as coal demand declined while the economy grew by 6.7%

Last year, renewables supplied more than half the global power demand growth, with hydro accounting for half the share.

IEA Executive Director Dr Fatih Birol said: “These three years of flat emissions in a growing economy signal an emerging trend that is certainly a cause for optimism, even if it is too soon to say that global emissions have definitely peaked.

“They are also a sign that market dynamics and technological improvements matter. This is especially true in the United States, where abundant shale gas supplies have become a cheap power source.”