Siemens has opened a dynamic grid centre to manage future transmission systems in Germany. The firm believes the pilot installation in Ilmenau is the first of its kind in the world and says it will […] 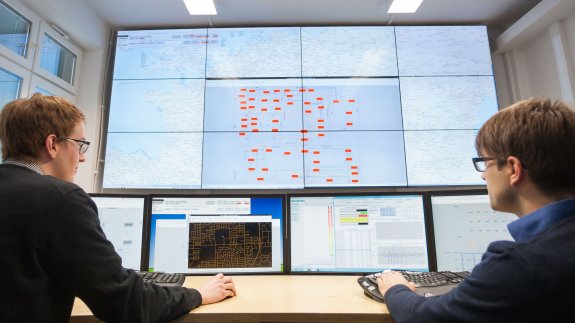 The firm believes the pilot installation in Ilmenau is the first of its kind in the world and says it will be the answer to the growing problem of managing rapidly changing conditions on the world’s power networks.

Grid requirements have already changed enormously – large nuclear power plants and coal fired power plants are being taken off the grid and the new focal points for power generation in Europe are large scale wind farms in the North Sea.

In addition, a distributed and fluctuating power supply is fed in at all voltage levels from a large number of wind turbines and solar systems.

Dr Rainer Krebs, Head of the Technical Department for Protection and Control System Studies at Siemens, said: “A priority objective was to develop what we might call an autopilot for the transmission network.

“Like an aircraft, the autopilot has two core functions: first, to control the system automatically so that the ‘flight’ or grid operation remains as calm and stable as possible at all times. Its second function is to detect obstacles or faults at an early stage so that they can be circumvented or avoided.”

This aims to allow the operator in the dynamic grid centre to manage the system far more easily than currently possible.

The European Commission has approved plans to put in place a reserve for four years to ensure sufficient electricity capacity in Southern Germany.