The UK Government has announced a new £23 million fund to boost the uptake of hydrogen vehicles and roll out more infrastructure. Hydrogen fuel providers will be able to bid […] 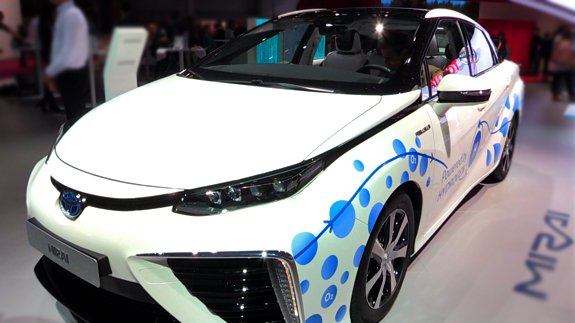 The UK Government has announced a new £23 million fund to boost the uptake of hydrogen vehicles and roll out more infrastructure.

Hydrogen fuel providers will be able to bid for a share of the cash in partnership with organisations that produce hydrogen vehicles to build high-tech infrastructure, including fuel stations.

The Department for Transport will launch a competition this summer and invite proposals from businesses, public organisations and hydrogen operators and match funding for successful bidders.

Hydrogen vehicles can be refuelled using a pump like a conventional petrol or diesel car but use gas instead. They produce only water as a by-product and have a range of around 300 miles per tank.

The government has set a target for almost all new cars and vans to be zero emission by 2040.

The new funding builds on the launch of the Industrial Strategy published in January which outlined plans to fund new high-value economic infrastructure.

Transport Minister John Hayes said: “The transition to zero emission road transport is both inevitable and desirable as it will improve air quality in many of our towns and cities. Hydrogen fuel cell electric vehicles can play a vital role alongside battery electric vehicles to help us cut harmful emissions.”

Earlier this month Chancellor Philip Hammond also pledged £270 million of investment in 2017/18 to kick-start the development of disruptive technologies.