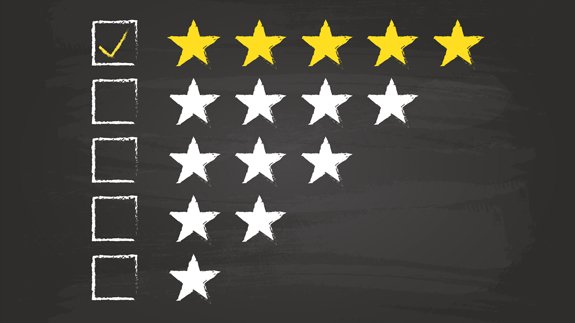 A new online tool which rates the customer service provided by energy suppliers has been launched.

It will allow consumers to see how good the 18 biggest energy suppliers are at providing service and help them make informed choices about switching.

The tool uses a star rating system from one to five, with the number of stars awarded to each supplier based on a combination of factors, including complaints, ease of switching, ease of contact, bill clarity and switching guarantee.

It has been launched by Citizens Advice as its research found that while price was the biggest factor in encouraging people to switch, having extra information on what a supplier is like to deal with could also help consumers make a final choice.

The star rating will also appear as part of the organisation’s price comparison tool, which means people will be able to see costs alongside the customer service rating.

Ecotricity and Flow Energy have achieved the highest rating, both at 4.25, followed by Economy Energy, SEE, Utility Warehouse, EDF Energy and First Utility with four stars.

At the bottom end of the table are npower with three stars and ScottishPower and Extra Energy with 2.75 and 2.5 stars respectively.

Chief Executive Gillian Guy said: “Customers shouldn’t feel like they have to take a leap of faith when choosing a new energy supplier.

“While people said that price was their primary consideration when switching energy supplier, customer service also has some bearing on their decision. The new star rating will make it easier for people to tell how good a supplier is at customer service so they can make sure they find the company that best suits their needs: on price and service.”