One of the UK Government’s main support mechanisms for large-scale renewable projects has closed to new generating capacity. Under the Renewables Obligation (RO) scheme, suppliers must generate an increasing proportion […] 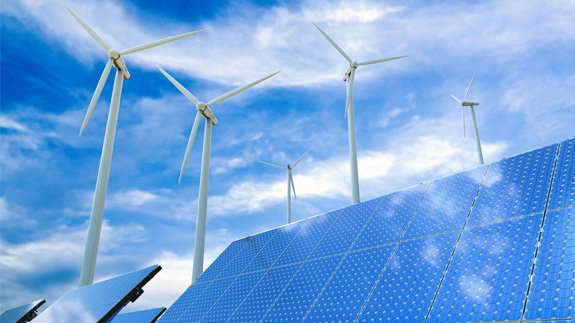 One of the UK Government’s main support mechanisms for large-scale renewable projects has closed to new generating capacity.

Under the Renewables Obligation (RO) scheme, suppliers must generate an increasing proportion of their electricity from green sources.

Operators are issued RO certificates (ROCs) based on the amount of electricity they generate for a period of 20 years.

According to figures from Ofgem, the percentage of the power generated from low carbon energy has risen from 1.3% in 2002 – when the RO was established – to 23.5% so far.

The regulator believes the scheme played a key role in contributing to the increase.

To date, more than 23,500 generating plants, comprising of 25GW of installed capacity have been accredited. That includes 9.3GW of onshore wind, 5GW of offshore wind and 5.3GW of solar.

In 2015/16, more than 90 million ROCs were issued for 69TWh of renewable power generation.

The closure of the scheme takes effect today, although some installations may qualify for a grace period, which are available for those plants that have not been commissioned and meet certain legislative criteria.

Luke Hargreaves, head of Renewable Generation at Ofgem E-Serve said: “The closure of the scheme does not affect capacity as this is already accredited.

“The Renewables Obligation scheme will run for another 20 years. We will continue to issue ROCs and monitor compliance on a scheme that is worth in excess of £4.5 billion a year. We will also determine any applications made prior to closure and any subsequent grace period applications.”

Any scheme participant that wishes to make changes to their accredited installation can refer to Ofgem’s Guidance for Generators.

New large scale renewable electricity installations have the opportunity to access support under the government’s Contracts for Difference (CfD) scheme.

This week the government announced heavy electricity users such as steel, glass and cement companies will be exempt from some of the costs associated with CfDs.