MEPs have called for a clampdown on imports of unsustainable palm oil and its use in biofuel. In a resolution voted today, 640 ministers supported the Czech Republic’s Kateřina Konečná […] 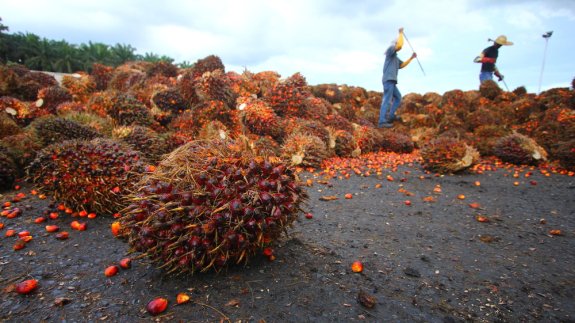 MEPs have called for a clampdown on imports of unsustainable palm oil and its use in biofuel.

In a resolution voted today, 640 ministers supported the Czech Republic’s Kateřina Konečná in asserting a large part of global palm oil production is in breach of fundamental human rights and can often prove untraceable.

Only 18 MEPs opposed the resolution, with 28 more abstaining from a decision.

It also suggested phasing out the use of all unsustainable vegetable oils by 2020.

There are already various voluntary certification schemes to promote the sustainable cultivation of palm oil but MEPS agreed some of these standards may not be thorough enough and can be confusing for consumers.

MEPS noted 46% of the palm oil imported by the EU is used to produce biofuels – this alone requires the use of about one million hectares of tropical soils.

Ms Konečná said: “We want an open debate with all players so we can make palm oil production sustainable, without cutting down forests and in compliance with dignified human rights conditions.

“This is parliament’s first resolution on this issue and it is up to the Commission how it acts upon it. But we cannot ignore the problem of deforestation, which threatens the Global Agreement on Climate Change COP21 and UN Sustainable Development Goals.”

Shell has opened a new technology centre in India where biofuels will be researched and developed.