E.ON is to invest in the development of an airborne wind technology demonstration site in Ireland. The energy supplier hopes to progress to the construction and operation stages of the […] 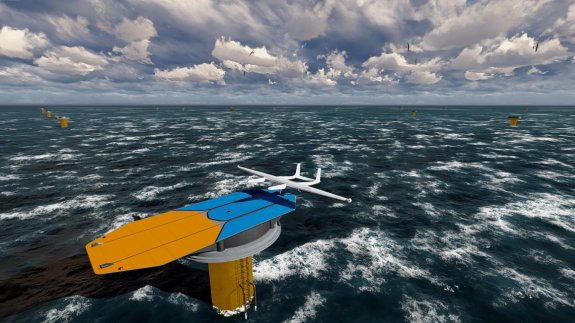 E.ON is to invest in the development of an airborne wind technology demonstration site in Ireland.

The energy supplier hopes to progress to the construction and operation stages of the offshore facility in County Mayo and has agreed to collaborate with Ampyx Power as the first user of the upcoming 2MW test system.

E.ON says the move will allow it to work closely with the most promising developers in the sector and to provide support for the commercialisation of the technology.

Airborne wind power harvests wind energy by using a fixed wing or sail in altitudes up to 450 metres – E.ON says it could transform the global offshore wind industry thanks to lower costs and maintenance.

Anja-Isabel Dotzenrath, CEO of E.ON Climate & Renewables, said: “Airborne wind supports one of our overall targets to drive down cost for renewable energy.

“In addition to making airborne wind competitive to conventional wind power, we would like to work with authorities and legislators to pave the way for introducing this exciting technology and eventually make it eligible to participate in tendering processes.”

The move marks the firm’s second major commitment in the airborne wind energy sector, following its investment in Kite Power Systems in 2016.