London has been ranked in second place in the race towards decarbonising the transport industry. A new report by the Centre for Economics and Business Research (CEBR) and sponsored by […] 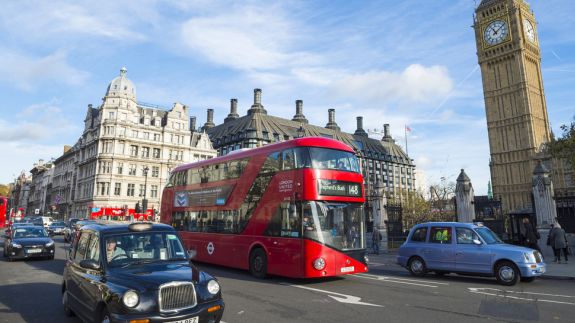 London has been ranked in second place in the race towards decarbonising the transport industry.

A new report by the Centre for Economics and Business Research (CEBR) and sponsored by smartphone chip maker Qualcomm ranks 35 global cities based on their level of progress towards achieving a zero-emission transport system.

Norwegian city Oslo tops the overall ranking, followed by London and Amsterdam in leading the way for sustainable transport.

Eight of the top 10 scoring cities are based in Europe, as a result of a mixture of innovative transportation schemes, intelligent use of technology and an advanced approach to incentivising citizens to change habits, the report states.

The cities include Copenhagen, Paris, Zurich, Berlin and Munich. Tokyo and Seoul stand out as the only two non-European cities to make the top 10 list.

It states: “Oslo comes out as the city closest to achieving the status of a city operating a zero emissions transportation system, followed by London and Amsterdam.

“One trait these top three cities share is that they are in relatively wealthy parts of the world that are also in advanced stages of economic development. This somewhat helps their overall scores, as for example, a higher share of residents can afford to regularly upgrade their cars, which may make them more likely to drive a low emission car or EV.”

The report also suggests all three cities show a “firm commitment” to the zero emission agenda.

Oslo plans to ban all cars from the city centre by 2019 and cut emissions from taxis entirely by 2023 while London is accelerating plans for an ultra-low emissions zone and planning to buy only hybrid or zero emission buses after 2018.

Amsterdam is working to expand its low emission zone and plans on operating only zero emission buses by 2026.

The report adds Asian cities are among the “most ambitious and visionary” in their approach to a zero-emission future but are challenged by the scale of the current situation.

It suggests cities across Asia show a particularly strong performance in their preparedness for the future, with a desire to create smart, connected cities with driverless EVs and public transport but grave air pollution concerns mean they face a long road ahead.

Those at the bottom of the list include Cairo, Nairobi, Mumbai, Istanbul and Abu Dhabi.