Wind takes the crown for US renewables

Wind power provided 8% of US electricity generation last year, more than from any other renewable source. That’s according to new data from the US Energy Information Administration (EIA), which […] 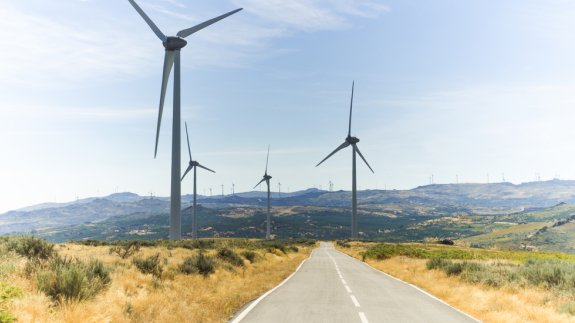 Wind power provided 8% of US electricity generation last year, more than from any other renewable source.

That’s according to new data from the US Energy Information Administration (EIA), which shows wind turbines have contributed more than a third of the nearly 200GW of utility scale capacity added since 2007.

The increase in US wind development over the past decade is said to be a result of improved turbine technology, better access to transmission capacity, federal grants, tax credits and updated industry standards.

More than half of the country’s wind capacity is located in only five states: Texas, Iowa, Oklahoma, California and Kansas.

In Iowa, Kansas and Oklahoma, wind makes up more than a quarter of large scale capacity.

Texas alone accounts for almost a quarter of total US wind capacity – electricity generated by these turbines made up 13% of the state’s total electricity output in 2016.

At particularly windy times wind power provided up to half of Texas’ power needs.

The first offshore wind project in the US, Block Island Wind Farm, went into operation at the end of last year with a generating capacity of 29.3MW.