A coalition of environmental organisations is calling on incoming metro mayors to take urgent action to green their cities. The call from groups, including the National Trust, Green Alliance and […] 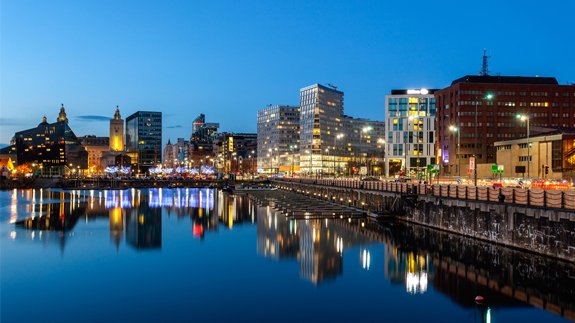 Liverpool is one of the city regions electing a metro mayor day. Image: Shutterstock

A coalition of environmental organisations is calling on incoming metro mayors to take urgent action to green their cities.

The call from groups, including the National Trust, Green Alliance and the Campaign for Better Transport, comes as England’s first ever metro mayors are being elected in six city regions today ahead of the general election.

They will be in charge of some of the UK’s largest city regions – Cambridgeshire and Peterborough, Greater Manchester, Liverpool City Region, Tees Valley, West Midlands and the West of England.

A report from the groups includes a Green City Regions Index, which shows each region’s strengths and weaknesses on a range of issues such as air quality and the natural environment.

It says the metro mayors will control a single transport budget and urges them to tackle air pollution and congestion by investing in green public transport, cycling, walking and electric vehicle infrastructure.

Tamsin Cooper, Acting Director at Green Alliance said: “Devolution aims to unlock the potential of England’s cities but metro mayors will be the key. Cities have to be resilient to climate change and grow their low carbon economies if they are to thrive and grow in the long term. The new metro mayors have an historic opportunity to use their new status to accelerate environmental action, creating sustainable city regions around the country.”