Damage caused by illegal waste operators costs the waste and recycling industry in England as well as taxpayers around £604 million a year. A new report commissioned by the Environmental […] 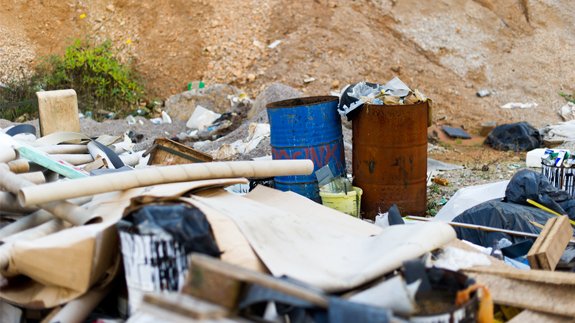 Damage caused by illegal waste operators costs the waste and recycling industry in England as well as taxpayers around £604 million a year.

It adds the waste sector, which adds £6.6 billion to the UK economy, has “changed beyond all recognition in the last two decades” and regulation has not kept up.

The report also suggests a new waste management system that allows society to use waste as a resource for recycling and recovery has opened up gaps that can be exploited.

It stresses weak regulation is a major cause of waste crime, for example, anyone can obtain a licence to carry waste by paying a small online fee and through minimal checks.

It also reveals the majority of crime is associated with waste from businesses rather than householders, adding the most serious waste crime falls into one of six categories: illegal waste sites, inaccurately describing waste, illegal export of waste, illegal burning of waste, fly tipping and serious breaches of permit conditions.

The report recommends a package of changes to modernise England’s “out-of-date” waste management system, including increasing enforcement, banning serious and repeat offenders from the sector and securing new sources of funding from criminals for the Environment Agency.

Jacob Hayler, Executive Director at the Environmental Services Association said: “Despite additional funding from regulators and stronger enforcement powers, waste crime is more entrenched than ever. Clearly, we need a different approach which targets the underlying causes of crime in our sector and which roots out the prevailing culture which allows waste crime to flourish.

“This report highlights the weakness in the current regime and puts forward ambitious recommendations aimed at stopping waste crime once and for all.”