Labour Leader Jeremy Corbyn is reportedly planning to renationalise parts of the energy industry if his party wins the general election. Leaked drafts of the party’s manifesto promises to “take […] 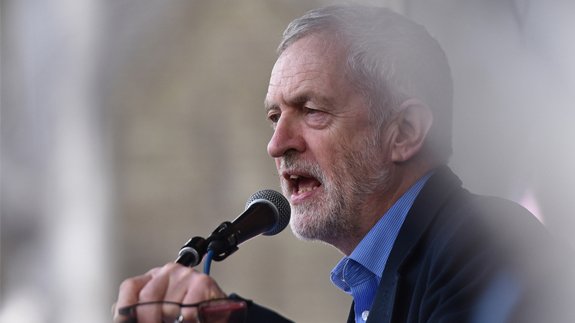 Labour Leader Jeremy Corbyn is reportedly planning to renationalise parts of the energy industry if his party wins the general election.

Leaked drafts of the party’s manifesto promises to “take energy back into public ownership to deliver renewable energy, affordability for consumers and democratic control”.

Reports suggest Mr Corbyn would have at least one publicly-owned supplier in every region of the country, with the government taking full control of National Grid and the “policy functions” of regulator Ofgem.

He is to also pledge an immediate “emergency price cap” on energy bills so average dual fuel household bills remain below £1,000 a year.

The manifesto also promises to ban fracking in the country.

Andrew Gwynne, Labour’s National Campaign Co-ordinator however denied it was the party’s manifesto, just a draft list of ideas.

He told ITV’s Good Morning Britain this morning: “This document that has appeared in the newspapers today isn’t the manifesto. It’s a draft of policy ideas that have been collated from various members of the shadow cabinet and their teams and other stakeholders.”

The Conservative Party has labelled Labour’s plans as “shambolic”.

A spokesperson added: “This is a total shambles. Jeremy Corbyn’s plans to unleash chaos on Britain have been revealed.”

Earlier this week the Tories pledged to cap “rip-off” energy prices if it wins the general election.