A petrochemical firm has been accused of putting national security at risk after ignoring security advice from a branch of MI5. INEOS allegedly refused to pay for counter-terrorism measures to […] 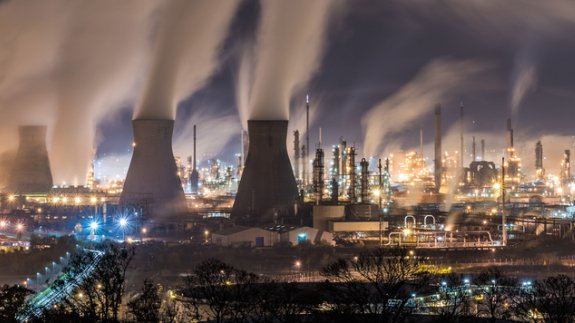 A petrochemical firm has been accused of putting national security at risk after ignoring security advice from a branch of MI5.

INEOS allegedly refused to pay for counter-terrorism measures to be installed at its massive Grangemouth Refinery, where about 40% of the oil produced in the UK is processed.

The site is classified as Critical National Infrastructure (CNI) by the government – all facilities of this nature are given security advice.

In 2010 and 2011 the Centre for the Protection of National Infrastructure (CPNI) reportedly recommended INEOS should spend between £4 million and £6 million on security improvements, including improved perimeter fencing, CCTV and alarms.

The company allegedly decided not to act upon these recommendations.

The now-defunct Department of Energy & Climate Change said at the time: “INEOS have, however, declined to take up these recommendations because they do not see themselves as the direct beneficiary, cannot afford these measures and are restricted on non-regulated expenditure as part of their debt agreement.”

“This is the first and only example to date of a CNI owner/operator deciding not to act upon CPNI’s recommendations.”

An INEOS Spokesperson said: “We cannot go into detail on our security arrangements at our sites, some of which is confidential for obvious reasons. However, I can say that the safety and security of each of our sites around the world is our highest priority.

“The document referred to dates back almost seven years to 2010 and since then there have been significant changes both globally and at the INEOS Grangemouth site.”