The official release of the Conservative Party’s election manifesto has already gathered a variety of reactions from the UK’s energy industry. It outlines a series of proposals for the sector, […] 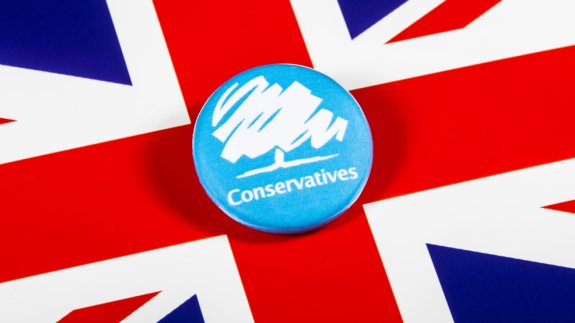 The official release of the Conservative Party’s election manifesto has already gathered a variety of reactions from the UK’s energy industry.

It outlines a series of proposals for the sector, including making the UK’s energy costs more affordable and competitive, increasing the fairness of the retail market, continuing to pursue offshore wind, encouraging the fracking of shale gas and tackling fuel poverty.

Lawrence Slade, Chief Executive of Energy UK said: “Targeting support for vulnerable customers and making sure the market works fairly for everyone are the right priorities and the industry is absolutely committed to working with government and the regulator to achieve this.

“We strongly believe that competition and choice is the best way to deliver a better deal for customers. It is essential that any price cap is carefully designed in partnership with industry and consumer groups to protect consumers.”

Roz Bulleid, Head of Climate & Environment Policy at EEF, said: “We are delighted to see manufacturers’ long-running concerns over the competitiveness of UK electricity costs addressed through the commitment to achieving the lowest energy costs in Europe for businesses and consumers.

“Equally welcome is the promise of an energy efficiency fund, something that manufacturers have long called for.”

Wind in, nuclear out

Greenpeace UK’s Executive Director John Sauven said: “When it comes to environment and energy, Theresa May’s manifesto is a mixed bag but there are some encouraging signs.

“The 2015 manifesto’s draconian ban on onshore wind has been softened, opening the door for developing the cheapest of all energy sources in Scotland. Along with the promise to retain Britain’s leadership on offshore wind, this will provide a huge boost for jobs in the regions, an abundant supply of clean power and expertise that Britain can export.

“The lack of any mention of nuclear energy is telling: it’s clear May doesn’t want to be associated with a beleaguered industry at a time when alternatives like wind and solar are getting ever cheaper.”

RenewableUK’s Chief Executive, Hugh McNeal, said: “Renewables can offer much to the next Government: these modern, game-changing technologies have resolved the decades-old problem of delivering an affordable, secure supply of low-carbon electricity.

“We know renewables are a vote winner, strongly supported by the public along with action on climate change. The Conservative Manifesto gives scope to recognise that renewables are also the best choice for consumers, offering affordable energy that can be the backbone of the economy”.

Dave Timms, Friends of the Earth campaigner, said: “The mantra of ‘take back control’ will ring hollow for communities who face having fracking forced down their throats and their rights stripped away.

“The lack of policies to deal with the dirty air crisis is astounding. Polluting car manufacturers will sleep easy knowing that they have been let off the hook, while children with asthma will continue to choke. This is a national disgrace which can’t be hidden behind planting a few trees.”